From the sand dunes along the shores of Monterey Bay to the riparian forest of Toro Creek, the 27,827 acres of former Fort Ord encompass a biologically diverse and unique region. The range and combination of climatic, topographic, and soil conditions at Fort Ord support several plant communities, with central maritime chaparral being the most extensive. Plants within this community are well adapted to periodic fires and poor soil conditions present on Fort Ord, and some of them occur only in the Monterey Bay area, such as Monterey manzanita (Arctostaphylos montereyensis), Monterey ceanothus (Ceanothus rigidus), and Eastwood’s Golden Fleece (Ericameria fasciculata). Federally listed annual plants such as endangered sand gilia (Gilia tenuiflora arenaria) and threatened Monterey spineflower (Chorizanthe pungens var. pungens) thrive in areas within the central maritime chaparral where pre-scribed burns, or other disturbance, expose the sandy soils. The vernal pools on the former Fort Ord provide habitat for a federally endangered wildflower, Contra Costa goldfields (Lasthenia conjugens), and the federally threatened California tiger sala-mander (Ambystoma californiense). Areas along the coast support the federally threatened west-ern snowy plover (Charadrius nivosus nivosus) and the endangered Smith’s blue butterfly (Euphilotes enoptes smithi) – the first insect listed under the Endangered Species Act. Yadon’s rein orchid (Piperia yadonii), a federally endangered plant, also occurs on the former Fort Ord.

In order to stay compliant with the Endangered Species Act during Army pre-disposal actions, such as its remediation activities, the Army consulted with the U.S. Fish and Wildlife Service (USFWS) in 1993. USFWS issued a Biological Opinion directing the Army to develop and implement an Installation-Wide Multispecies Habitat Management Plan (HMP) for former Fort Ord. Concurrently, the 1993 Environmental Impact Statement (EIS) for the disposal and reuse of former Fort Ord identified the need to develop and implement a HMP as a mitigation measure for impacts on vegetation and wildlife resources. The Army initially published the HMP in February 1994 with input from various regulatory agencies, such as California Department of Fish and Wildlife (CDFW), and future recipients of former Fort Ord lands. In April 1997 the Army revised the HMP to address changes in the reuse plan and incorporate additional data and analysis related to the disposal activities identified in the Final Supplemental Environmental Impact Statement.

The general goal of the HMP is to “promote preservation, enhancement, and restoration of habitat and populations of HMP species while allowing development on selected properties that promotes economic recovery after closure of Fort Ord.” The HMP identified areas that could be developed with or without restrictions and areas set aside as habitat reserves or corridors with specific management guidelines. The HMP and the Biological Opinions (BOs) issued by the USFWS outline management guidelines and specific minimization measures the Army must implement to mitigate impacts on natural resources that may be affected during the environmental cleanup of the installation.

The Army monitors rare plant and animal species both before and after remediation activities, and uses the monitoring data to assess whether the success criteria specified in the HMP have been met. Every year the Army publishes annual reports of the monitoring results and presents them at a meeting to USFWS, CDFW, and other the regulatory agencies. The Army continues to consult with the USFWS any time a new proposed action may affect listed species and was not addressed by the HMP or the BOs. View the list of Habitat related references documents (Habitat Management Plan, Biological Conference Opinions, etc.) 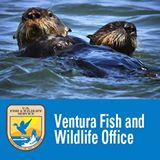 in their environmental contaminant cleanup efforts.  As our military partners work to clean-up  the base, we’re helping provide guidance on habitat restoration that will benefit threatened and endangered species.”

Click here to see a collection of photographs provided by David Styer of the plants and animals found on the former Fort Ord.